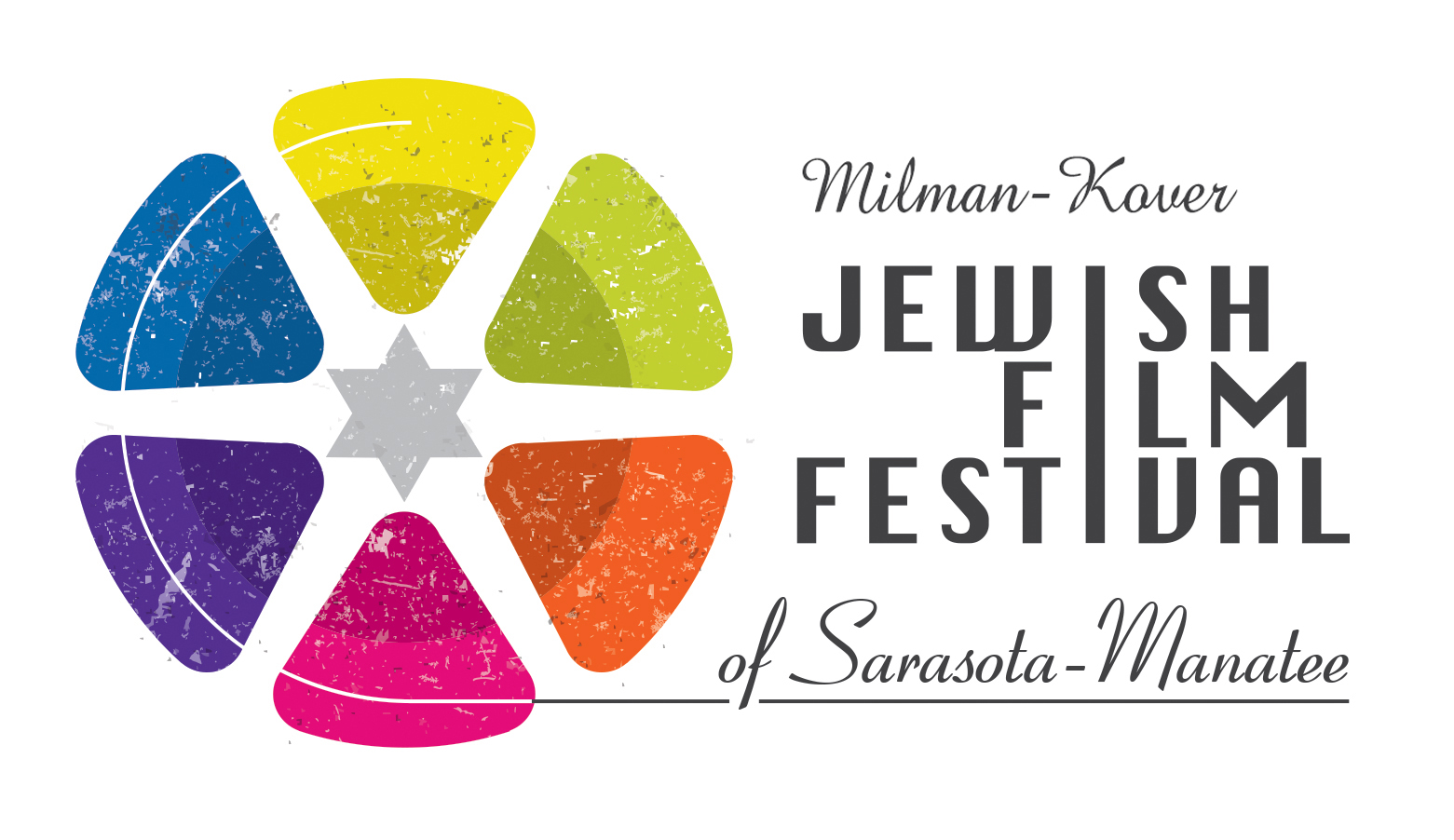 During the Milman-Kover Jewish Film Festival, The Jewish Federation of Sarasota-Manatee will proudly present eight outstanding new films that explore, record, and celebrate Jewish life and experience. Each film was carefully chosen for its quality and diversity—and for its ability to excite, delight, enlighten, provoke, and/or move  viewers to tears or laughter.   You will not want to miss this 6th Annual celebration of all films Jewish!

Thank you to our Festival Sponsors and Media Partners:

• At noon, we will show “The Sturgeon Queens,” a charming and “delectable” documentary about the most famous appetizing store in the world, Russ and Daughters, a culinary staple on New York’s Lower East Side for 100 years. (See below for more information about the film.)

• After the 52-minute screening, we will serve a “Real Russ and Daughters Brunch,” with nova, sable, herring, whitefish, and all the trimmings—including rugelach and babka—direct from Russ and Daughters in New York!!! This event will take place at The Devyn, 7113 South Tamiami Trail, Sarasota. (Please note: Sponsors and Patron Pass-holders have priority for this event.) *This event is sold out!.

• At 6:30pm, we will present Israeli Director and Screenwriter Dani Menkin, who will introduce the Southwest Florida premiere of his new film, “Is That You?,” a touching feature about a newly-unemployed, 60-year old Israeli man who comes to America to find his long-lost love and pursue “the road not taken.” (See below for more information about the film.)

• After the screening, Dani will answer audience questions, and greet guests at a post-screening Dessert Reception. Past JFF filmgoers will remember Dani from his documentary, “Dolphin Boy,” which received unanimous audience acclaim at our 2012 JFF.

Each ticket includes (1) one non-reserved seat at one screening of your choice, and (2) the Dessert Reception on March 15.

Each ticket includes one reservation to this Brunch on March 15th.  Please note: Since availability may be limited, seating for the Brunch will be allocated first to Sponsors and Patron Pass-holders, but we are currently seeking a larger venue so we can accommodate all ticket-holders.  A ticket for “The Sturgeon Queens” film must be separately purchased. 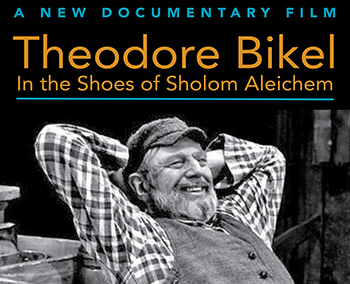 “Theodore Bikel: In the Shoes of Sholom Aleichem”

An enchanting and inspiring  documentary that weaves together the stories of two beloved Jewish icons: Sholom Aleichem, the great Jewish storyteller, whose prose portrays the true soul of the tragicomic Jewish shtetl; and Theodore Bikel: the legendary actor, singer, troubadour, Jewish activist, and interpreter par excellence of Aleichem’s stories. Mr. Bikel’s numerous stage, film, and television credits include “Fiddler on the Roof” and “The Sound of Music,” and his recorded collections of Hebrew and Yiddish folk songs hold a unique place in Jewish music libraries. Using vintage film, interviews with celebrities, and footage of Bikel performances, this film is filled with laughter, tears, and music. 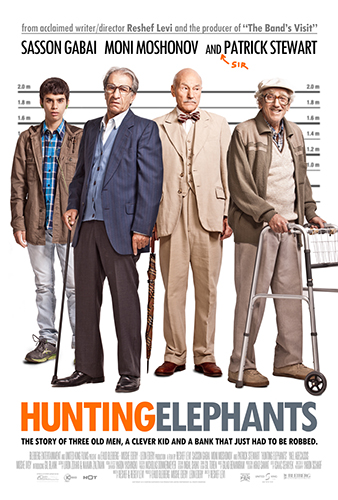 A laugh-out-loud caper film: (Think of it as “Oceans 11” meets George Burns and Phil Silvers—Israeli-style.) A 12-year old Israeli boy named Jonathon is dealt a cruel double-blow: his father dies in a freak accident while working at a local bank, and the bank refuses to provide any compensation to the family. Pushed to the financial brink, Jonathan decides that he wants revenge—and money—and enlists a team of unlikely senior-citizens to help him rob the bank, including his grandfather and a penniless English Lord, played by Sir Patrick Stewart.
You will love this film! 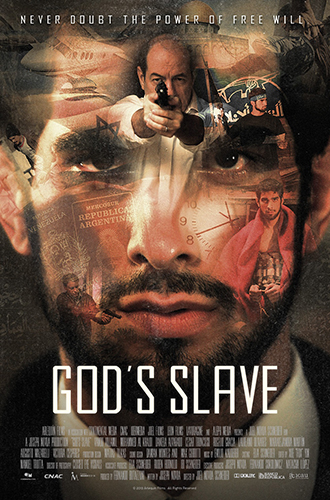 A powerful, “riveting” drama about the making of a terrorist. Based on the actual events of a 1994 bombing in Buenos Aires, this film follows Ahmed, a committed young Kuwaiti “martyr for Islam,” who has been trained since childhood as a “sleeper” terrorist. Living in Caracas, Ahmed has become a successful and compassionate surgeon, with a loving wife and young son—but destiny demands that he respond when called upon to carry out a terrorist attack. Working day and night to prevent such an attack is David, an embittered Mossad agent in Buenos Aires. “God’s Slave” is a pulse-pounding and deeply emotional thriller that pits two determined men against one another, culminating in violent, if unexpected, consequences. 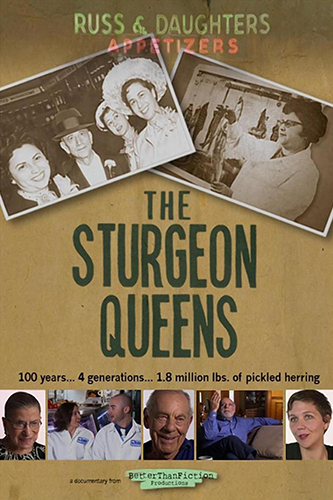 A “delectable” documentary about the most famous appetizing store in the world, Russ and Daughters, a staple on New York’s Lower East Side for 100 years. Live wires 92 year-old Anne Russ Federman and 100-year old Hattie Russ Gold, the “Daughters” in the store’s name, reflect on the four generations of the Jewish immigrant family that created and continue to run Russ and Daughters. Famous, devoted customers are interviewed, including Supreme Court Justice Ruth Bader Ginsburg, writer Calvin Trillin, actor Maggie Gyllenhaal, chef Mario Batali, and “60 Minutes” correspondent Morley Safer. Instead of a conventional narrator, six colorful longtime fans of the store, in their 80s and 90s, sit around a table of smoked fish reading the script in the style of a Passover Seder. 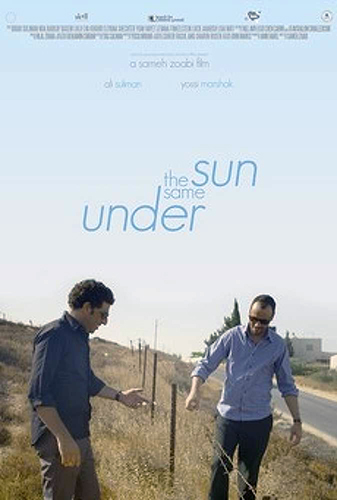 “Under the Same Sun”

A troubling—but inspiring—contemporary parable, set in the near future, about two businessmen—one Israeli and one Palestinian—who struggle to build a solar energy company together, against the odds. Since both men come from societies where there is strong opposition to cooperating with the other side, these men of good will must overcome enormous obstacles, including the hostility of those around them, while uniting an ever-expanding group of people who support their goal. Although they set out to make money, they end up accomplishing something much more important. The film was made by an award-winning Israeli producer, Amir Harel, and a prominent Palestinian director, Sameh Zoabi, and was released as a simulcast on both Israeli and Palestinian TV networks in October. Be prepared to make a leap of faith. 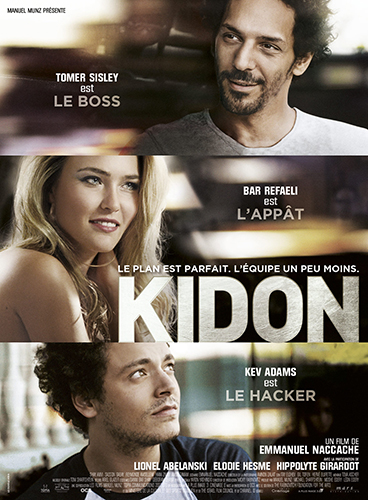 A “twists and turns” caper film involving the murder of a terrorist, allegedly by the Mossad, except that the Mossad knows nothing about it. On the morning of February 18, 2010, the whole world wakes up to discover, on the front page of all the world’s newspapers, security camera footage of the four alleged Mossad agents suspected of killing Mahmoud al Mabhouh in Dubai a month earlier. The story shocks the world—but no one is as surprised as the Mossad itself, which claims not to recognize any of the faces caught on camera. From then on, a race against time is undertaken to figure out why everything seems upside down.  This action–packed film, based on real-life events and starring Sasson Gabay and Bar Rafaeli, brings this tumultuous story to life with humor and suspense. 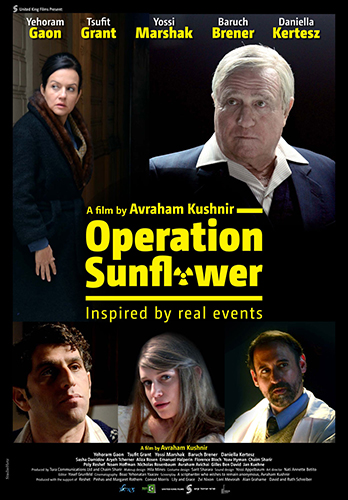 A compelling human, political, and scientific drama about Israel’s decision to develop a nuclear option in the 1950s-60s. Against the backdrop of a threatened Iranian missile attack, a drama is reconstructed that took place in Jerusalem and Paris 60-years earlier: Ben Gurion gives an order to the Head of the Mossad to develop a nuclear option to protect the Jewish people from future Hitlers—a mission that seems totally impossible at the outset. How this mission was accomplished, despite the soul-searching of those involved, and the lack of technical and scientific expertise, is both exciting and inspiring. In addition, a crucial element in the story is the commitment of the Jewish People around the world to the survival of the State of Israel. 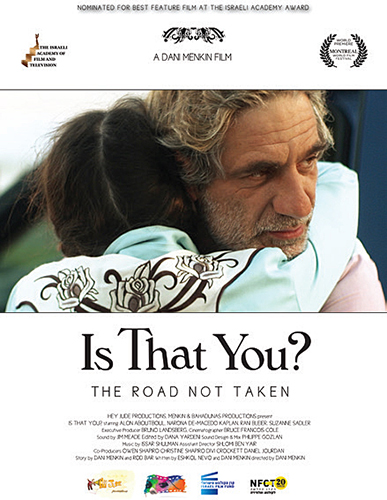 A tender, romantic comedy about a newly-unemployed, 60-year old Israeli man who comes to America to find his long-lost love (from 35 years ago) and pursue “the road not taken,” a theme that will resonate with every audience member. With no real prospects for the future, Ronnie decides to look back to the past—to seek the lost love of his youth, Rachel. Accompanying him on his journey to upstate New York is an unlikely partner, a young American film student who is working on a documentary about “regrets.” This touching film starts with an individual quest to recapture what was lost—but becomes a wider commentary on the “what ifs” of life, with vignettes that are poignant and funny in equal measure. Written and directed by Dani Menkin.

Become a Jewish Film Festival Sponsor and come to the Sponsors’ Cocktail Party with Mr. Bikel at the Hyatt Regency Sarasota on Opening Night!

$500 – Event Sponsor (tax-deductible $200):
•     Two reserved seats at one screening of each of our eight films and two
Sponsor Passes to all Special Events, including:
•    Private Sponsors’ Cocktail Party with Mr. Bikel at 5:00 pm before the
Opening Night film; and the Dessert Reception after the film
•     Unique “Real Russ and Daughters Brunch” on Sunday, March 15, at
1:00 pm, after the screening of  “The Sturgeon Queens” — with food flown
directly from New York’s most famous appetizing store; and
•    Dessert Reception with Israeli Screenwriter and Director Dani Menkin
after the Southwest Florida premiere of his new film “Is That You?”
on     Sunday, March 15, at 6:30 pm

$1,000 – Partner Sponsor (tax-deductible $400):
•    Four Sponsor Passes to all of the above, plus reserved seating at both
Dessert Receptions.

To become a sponsor, please contact Len Steinberg at 941.552.6301 or lsteinberg@jfedsrq.org.